Novigrad Riviera encompasses a sea bay of distinctive shape called the Novigrad sea. From northwest, Novigrad Riviera closes with a narrow passing crossed by two bridges that adorn Maslenica village beneath. Vicinity of south Velebit is an additional feature of an active holiday, transforming little peaceful towns and villages into a perfect starting point for adventurous excursions. You might also want to check the places around Novigrad Riviera where you'll find national park Paklenica, river Zrmanja, the mighty Velebit and surrounding towns rich with historic artifacts.


Novigrad Riviera and Treasures of Long Past Time

The center of Riviera, city Novigrad is tucked into a narrow bay of the Novigrad sea. Because of its position it resembles a little town on a river bank. A panoramic view of Roman fortress, reformed in 1220 and hence named Castrum Novum – Novigrad – stretches above the present-day city. Although inhabited since the Illyric times, Novigrad is also a place of urban modernity. Its rich history is manifested in numerous old churches situated in areas spared from heavy urbanization and industrialization. A nearby village Pridraga hides an early Christian church St. Martin from the 5th century and remains of an early Croatian church St. Mihovil form the 9th century.


Tastes and Smells of Novigrad Riviera

A nearby Posedarje, inhabited since the beginning of the 13th century, is famous today for its excellent geographical position and a special delicacy – Posedarje's prosciutto – which, locals claim with pride, they make only with a help of salt, cold smoke and bura wind. Besides the prosciutto, Novigrad Riviera is also famous for its mussels, considered to be one of the best in Croatia thanks to influence of Zrmanja river. So try not to miss the arrival of local fishermen when they're returning with their daily sea catch – their nets will reward you with many delicacies.


From Intimate Coves to Adventurous Rafting

Novigrad Riviera offers its visitors numerous possibilities for having a great holiday. Besides two natural shingle beaches, the coast of Novigrad is adorned with numerous isolated shingle coves which guarantee an intimate beach time under the tamarisk shadow.
Zrmanja river has found its estuary in the Novigrad sea and provided in its upper course a real rafting adventure. This part of Riviera is at its full in May when all the surrounding nature flourishes. But if you're looking for a real adrenalin injection you should come to Zrmanja during the period of heavy rains.
Novigrad Riviera features also a bungee jumping adventure from around 50 meters high Maslenica bridge. Nature lovers will fall in love with national park Paklenica, situated just 20 minutes from Posedarje. You can also explore Velebit mountain on foot or take bike trails that lead you to other villages in Riviera: Podgradina, Pridraga and Maslenica.

Novigrad - What to do, what to see? 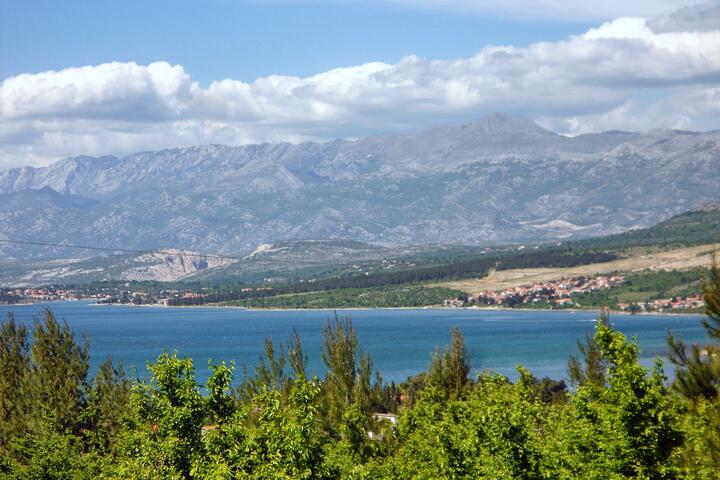 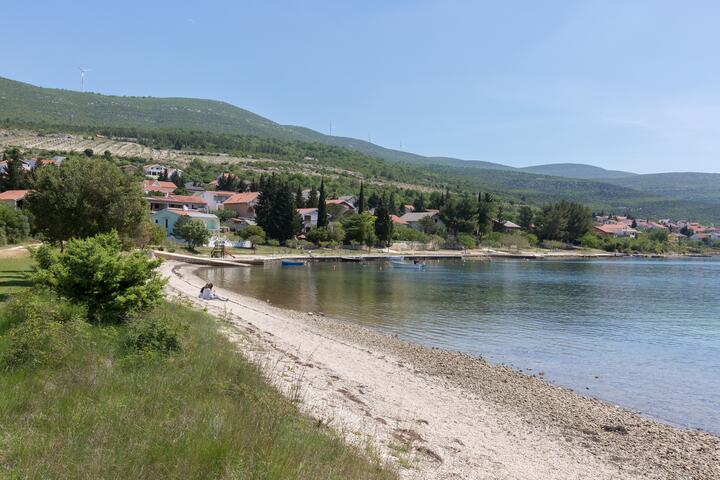 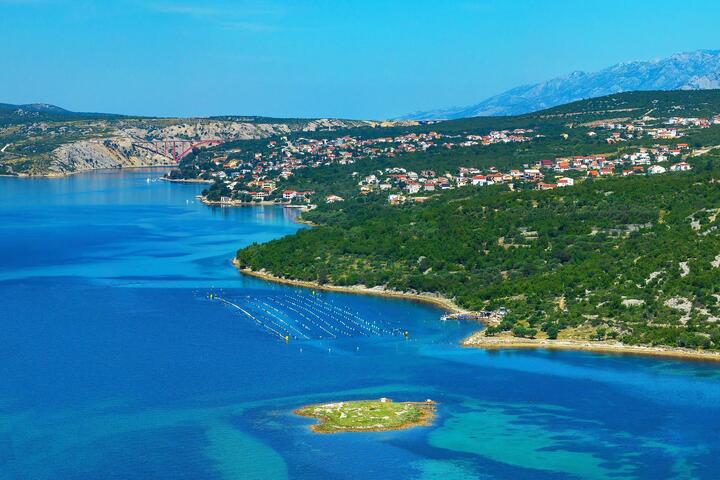 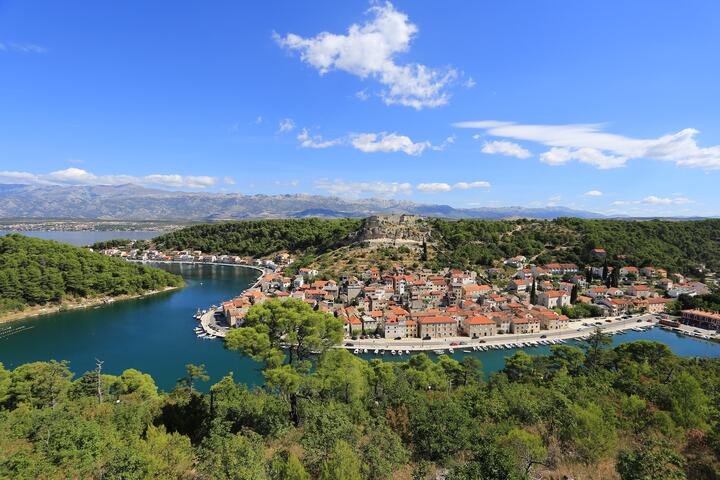 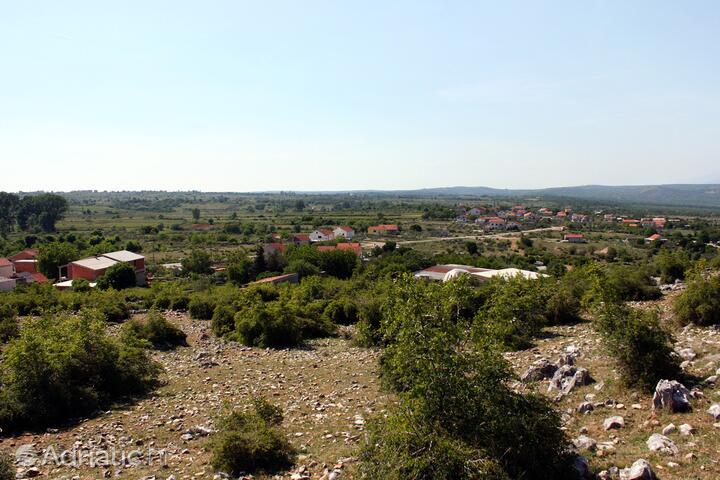 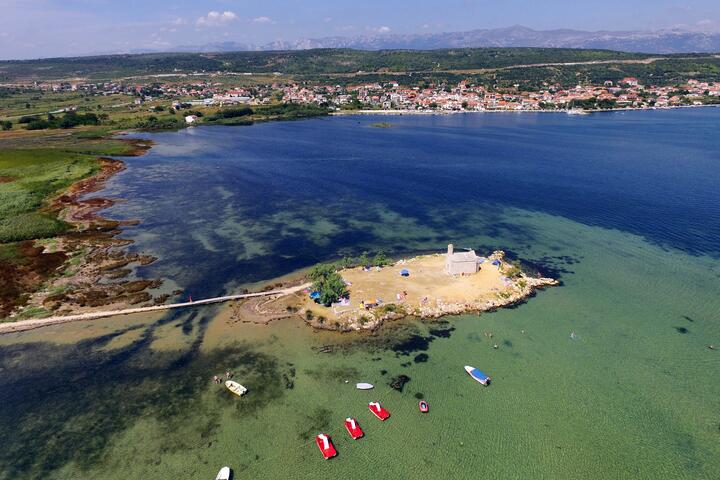 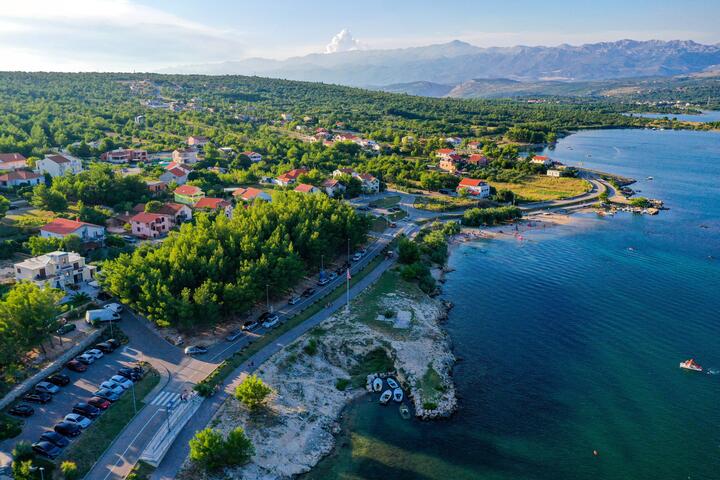